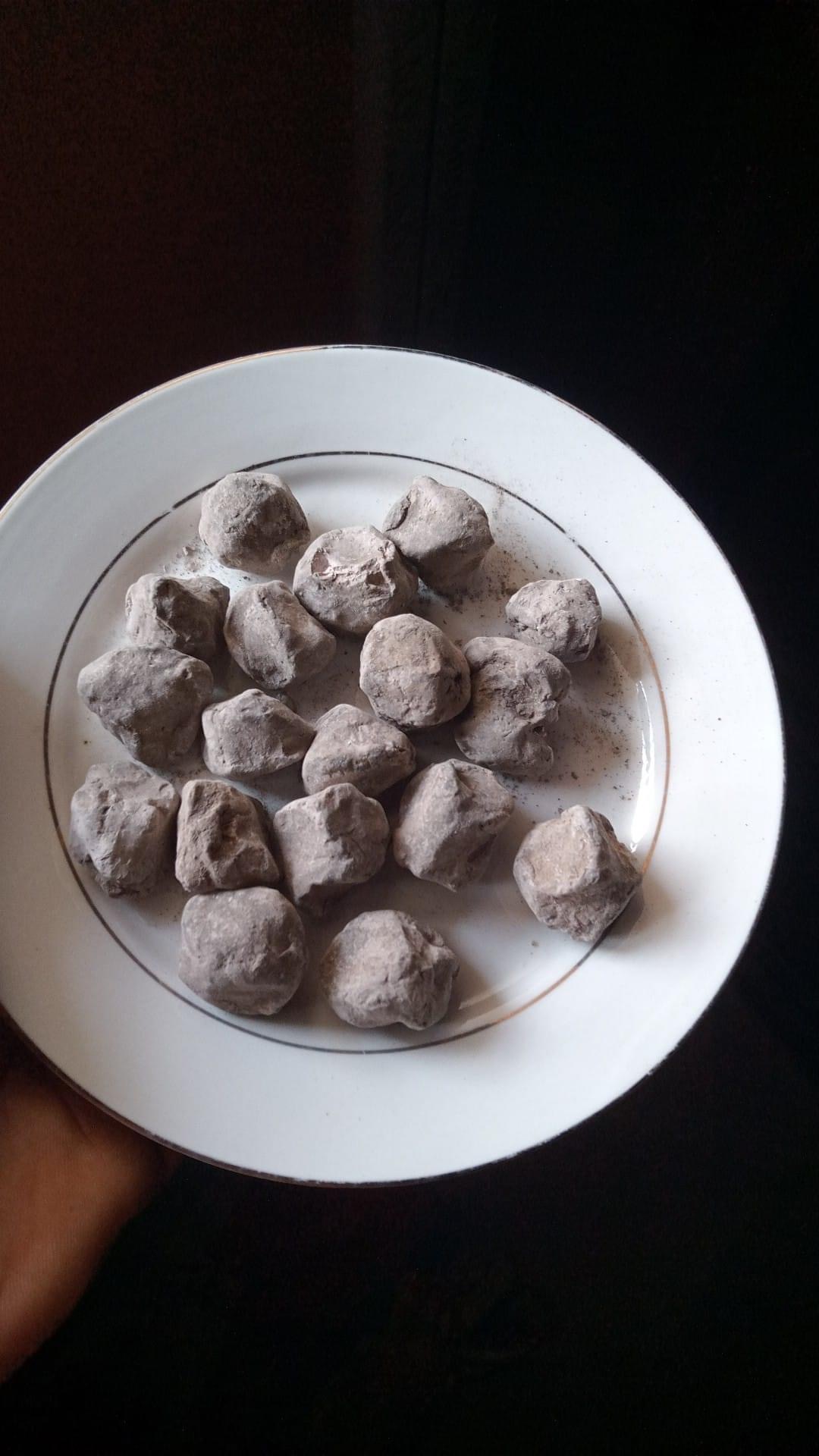 Do you have a habit of eating edible clay, Nzu or calabash chalk, do you know that they contain some toxic substance? Read for more information.

Contents hide
1 Edible clay
2 Types of edible clay
2.1 Kaolin Clay (Nzu)
2.1.1 How is Nzu prepared?
2.2 Bentonite clay (ulo/uro)
3 What is the benefit of eating clay?
4 Why is Nzu addictive?
4.1 How to stop addiction to Nzu
5 Traditional uses of edible clay
6 Disadvantages of consumption of edible clay
6.1 About the author
6.1.1 Dr Grace Eneh

The first rain that ushers in the raining season fills the air with the enticing smell of clay as the water touches the dusty soil. I found this smell so enticing that I actually went out to have a taste of the soil and I loved it. This was a practice I engaged in during childhood and since I knew that I would be scolded if caught, I would hide before I put a handful of soil into my mouth.

During a party at a friend’s place, I started perceiving the smell of rain on a dusty ground but it wasn’t raining, and my friend had an ash coloured coating on her lips. The closer she got to me, the stronger the smell got. She saw my curiosity, so she showed me the ash coloured rock in her hand which was the source of the pleasant smell I was perceiving. I had a taste and fell in love. Then began my addiction for edible clay. One time, I took it so much my stool was coloured as clay.

Kaolin Clay also called calabash chalk or calabash clay is a white coloured water soluble clay soil that is found in mining pits. It is one of the most commonly eaten geophagic materials in Africa. In many cultures in Africa, this clay is popularly used on the skin during celebrations and is believed to have some medicinal properties. Kaolin clay is either marketed raw or in its processed form. It may be processed into powder form, moulded blocks/pellets or moulded balls with additional ingredients (nzu).

How is Nzu prepared?

Kaolin clay is processed to get nzu by adding Salt and ash. This mixture is then moulded into balls and heated to solidify it. The processed kaolin clay is popular among Africans and different tribes call it different names Nzu (igbo), Ndom (Efik/Ibibio), Eko (Bini).

While walking down a dusty road in my hometown on a cold December morning, my cousin mentioned that we could pick some edible clay on the road side. My face lit up with excitement as we pleaded with our older cousins to let us go and search. Fortunately, they obliged and we found some flat ash green coloured rocks which my cousin called ukwanka in our local dialect. It is popularly called ulo/uro in South-eastern parts of Nigeria. It is eaten raw, not salty like nzu and doesn’t break easily.

What is the benefit of eating clay?

There are various reasons people give for eating clay, ranging from its appetite curbing effects to its weight loss and anti-emetic properties.

Consumption of clay has both merits and demerits; however, the risks outweigh the benefits of taking it. Nzu gives some nutrients in your body which may also be sourced from other nutritious meals that have less toxic elements. To maximize benefits and minimize risk, consuming moderate quantity is the rule: as little as a teaspoon or less is sufficient.

Edible clay has some nutritional value because it contains important electrolytes such as sodium, magnesium, potassium etc. and trace elements zinc, copper etc. In addition to these essential nutrients, it also contains high concentrations of the trace metals and other toxic elements that can destroy important cells in your body.

Why is Nzu addictive?

Many people have raised concerns about the addictive effects of consumption of edible clay. The compulsive, indiscriminate eating of non-nutritive substances such as clay and charcoal is called PICA. Pica is a medical condition which is a feature of iron deficiency and some psychiatric disorders.

Although it contains some traces of iron which is an essential element for production of red blood cells in your body; It also contains high concentrations of zinc which interferes with absorption of iron.

This implies that compulsive eating of clay is a symptom of an underlying disease and in the case of anaemia, its consumption further worsens the anaemia. Therefore, the relationship between pica and nzu is a two-way relationship. Nzu causes iron deficiency anaemia which leads to compulsive eating of clay which worsens the anaemia and the cycle continues.

How to stop addiction to Nzu

Since the addiction is probably due to an underlying medical condition,first get treated. The iron deficiency anaemia or psychiatric disorder should treated by a professional.

Discard all the nzu you have with you and avoid going to where you would be tempted to get some more.

Inform your friends and family that you are trying to stop the addiction and be accountable.

In most African traditions and cultures, nzu and ulo have been used for various medicinal purposes either consumed orally or applied on the skin and hair. Nzu and Ulo have been touted as being beneficial as :

Disadvantages of consumption of edible clay

These may present with muscle weakness, constipation, irritability, lethargy and obstruction

of the intestine amongst other things.

In conclusion, edible clay in its processed form particularly has more detriments than benefits. In addition, the tendency to become addicted to its consumption is a good reason you should avoid taking it all together.