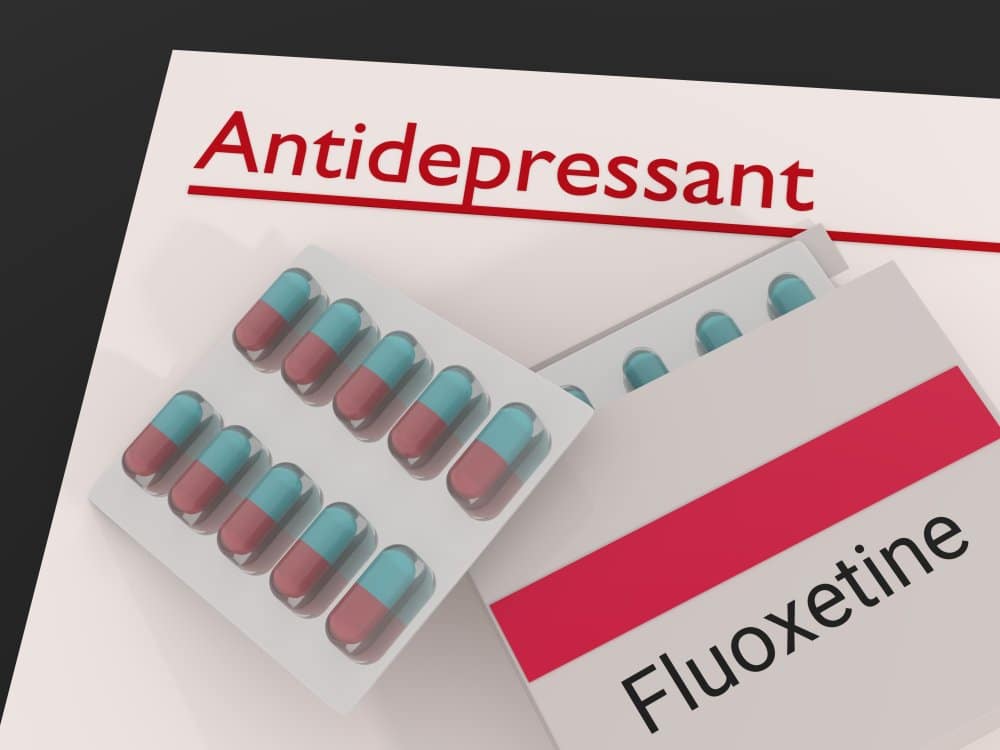 Fluoxetine is an antidepressant that is used to treat depression. It belongs to a class of antidepressants called selective serotonin reuptake inhibitor (SSRI).It can sometimes be used to treat obsessive compulsive disorder and bulimia. It is believed to have less unwanted side effects than older antidepressants. It takes between 4 to 6 weeks and sometimes longer for fluoxetine to work. Prozac is the brand name for Fluoxetine. It can be taken by adults and children who are aged 8 years and over for depression and by adults only for obsessive compulsive disorder and bulimia.

Fluoxetine and Fluoxetine HCL are the same thing. The suffix “HCl” is hydrochloric acid. Pure drugs are usually treated with a dilute HCl to make water soluble salt so it can interact better with the body.

How to take Fluoxetine

Fluoxetine is usually taken once a day. It is advised that you take it at the same time of day every day. Fluoxetine can be taken with or without food

How do I take Fluoxetine?

Take Fluoxetine as directed by your doctor. Do not stop taking it even if you feel better.

What is the dose of Fluoxetine?

What if I forget to take it?

If you miss your daily dose of fluoxetine, take it as soon as you remember, unless it is closer to the time of your next dose. Take your next day dose at your usual. Do not take a double dose to make up for a dose that you forgot to take.

What if I take too much?

See your doctor immediately if you take too much.

Side effects of Fluoxetine

Who is Fluoxetine not suitable for?

Fluoxetine may not be suitable drug for some people. Let you healthcare professional know if you

Fluoxetine has been associated with a small increased risk of problems for unborn babies. However, they could be problems too if your depression is not treated while pregnant. You doctor will weigh the risk vs benefit and decide if fluoxetine is appropriate for you while pregnant. If you get pregnant while taking Fluoxetine, do not stop immediately, let your doctor know as soon as possible.

Fluoxetine can be used during breastfeeding. Many breastfeeding mothers have used Fluoxetine without any problems. A small amount of Fluoxetine passes into breast milk and  has been linked to side effects in a few babies.

Fluoxetine can be used to treat anxiety. Click here to read reviews of people who are currently take fluoxetine for anxiety.