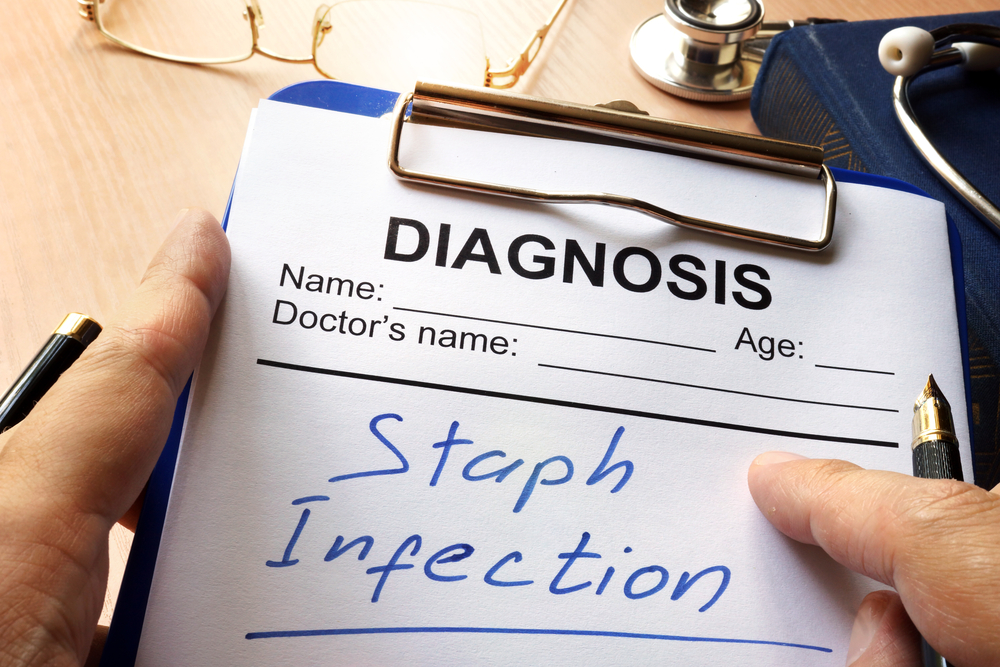 “Staph” which causes staph infections is arguably one of the most widely known disease-causing microbes in Nigeria.

Contents hide
1 What are staph infections?
2 Staph infections on the skin
3 Conclusions
3.1 About the author
3.1.1 Dr Chibuike Joseph Chukwudum

The reason for this is not farfetched, as we have rickety cars, mounted with blaring speakers, at every nook and cranny, accusing “staph” of being responsible for virtually all the health inequities that plagues man.

With these speakers continuously assaulting our ears with the “Staph message”, we are all so “staph-aware,” that once we think STIs, the first thing that comes into mind is “Staph”. The “Staph mentality” has so eaten deep into our minds that the average lady believes that the slightest vaginal discharge, whether physiological or not, is “Staph” knocking at her door.

And the roadside labs are not helping, as a trip to such labs, for a vaginal swab test, almost always comes out with a result showing heavy growth of Staph aureus seen.”

How do you start dispelling a notorious misconception that has been propagated over the ages, that has been buried deep into the subconscious of the society by blaring speakers, and has been constantly “confirmed” empirically by the “all mighty” lab tests?

What are staph infections?

Staph infections are infections causes by the staph organism. “Staph” is the short form of a disease-causing bacteria called Staphylococcus aureus, which is an organism normally found in the skin, which could also be found colonising the nasal mucosa [inner lining of the nose], the buccal cavity [the inside of the mouth], and the ears.

In its normal state in these areas, it is purely HARMLESS. However, with breeches in the epithelium lining these areas, say a break in skin, it can enter the deeper tissues and cause considerable harm.

Staph infections on the skin

If ingested in food, the toxins can cause food poisoning with diarrhoeal disease.

From these points, it can gain access into the blood stream, causing Staphylococcal Bacteraemia, which can be complicated by :

It is imperative to state unequivocally here that Staph does not cause Pelvic Inflammatory Disease, neither does it cause any other form of STI [Sexually Transmitted Infection] for that matter!

One may then be surprised why most of the vaginal swab tests comes out with a result showing “heavy growth of staph.”

Well Staph, being ubiquitous, is a mere laboratory contaminant, and not the causative agent of those STIs. This means that while vaginal swabs are being taken, Staph [ a relatively harmless organism as far as the female genital tract is concerned] may have contaminated the specimen, perhaps when the swab stick mistakenly touches the skin of the vulva, or lower vagina.

Also, contamination of specimen may be from the laboratory itself. And a report of “heavy growth of staph” may also be misinterpretation of the slides by a perhaps inexperienced lab personnel.

It is also important to note that Staph is not a [common] cause of UTI [Urinary Tract Infection]. Studies have shown that most cases of Staph Bacteriuria [presence of Staph in urine] are mere secretion of the organism in urine in the setting of a concomitant Bacteraemia [presence in blood] and is usually unaccompanied by the classical symptoms of UTI.

In catheterized patients however, Staph may colonise the urethral catheter and, if heavy enough, may lead to an established infection.

“Staph” is not a known cause of any form of STI.

Even when vaginal swabs show “heavy growth”, it should be disregarded, and the real cause of such discharges, if at all abnormal, should be sought for.

I also want to use this opportunity to reemphasize that not all vaginal discharges are abnormal, and that treating of such would only clear the protective, “good” vaginal microbes, and may thus lead to serious issues like Candidiasis and Bacterial vaginosis.

If it is not copious, or foul smelling, or doesn’t have an unusual colour and consistency; or if it is not associated with any of the following: itching, rashes, excessive pain during sex, abnormally painful periods, abdominal pain, fever, painful and frequent urination, etc; it is unlikely abnormal vaginal discharge.

As always, when in doubt, visit a gynaecologist.